Back in May 2012, I wrote a post revealing my obsession with wanting to read every book ever published by Alain Mabanckou – award-winning writer from Congo-Brazzaville.  Clearly, I was restricted by my inability to read French, but thankfully at that point four of Mabanckou’s books had been translated into English – African Psycho (2007), Broken Glass (2009), Memoirs of a Porcupine (2011) and Black Bazaar (2012).  Not one to let my obsession go, I followed it up a few months later with a personal reading challenge – to spend a month reading Mabanckou’s works that had been translated into English. 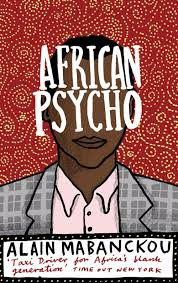 I started with African Psycho, which was first published in French 2003 and translated into English by Christine Schwartz Harley in 2007. A disturbingly funny novel, African Psycho centres on Gregorie Nakobomayo – quiet possibly the worst serial killer that never was – who lived in ‘He-Who-Drinks-Water-Is-An-Idiot’ and was plotting to kill his girlfriend, Germaine. I followed it up with Mabanckou’s second novel to be translated into English, Broken Glass (published in French in 2005 and translated into English in 2009 by Helen Stevenson). The story follows Broken Glass, a 64-year-old former teacher madly in love with the bottle and a regular customer at the local bar Credit Gone West in the Trois-Cents neighbourhood. The owner, Stubborn Snail (don’t you just love the names?) – wanting the bar to not ‘vanish one day’, gave Broken Glass a notebook ‘to record, witness and pass on the history of the place’, and boy did Broken Glass do that.

While African Psycho had a 9-page non-stop narrative, Broken Glass was written with ‘no full stops, only commas and more commas’. Yet, reading African Psycho and Broken Glass made me realise something about Alain Mabanckou – he wrote what he wanted, how he wanted and didn’t seem to be confined by specific rules. Plus, I loved how disturbing, weird and humourous his writing was. So two books in, I was hooked! I had gone into the mind of a wanna-be serial killer, an alcoholic/former teacher/aspiring writer, and now I was off to find out what a porcupine thinks. 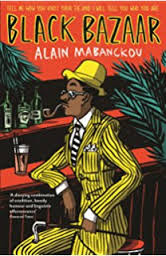 Unlike the first three books, Black Bazaar was the first book not set in Congo-Brazzaville, but in Paris. It followed the lives of African immigrants in France – as told by the narrator, Buttologist, who has lived in Paris for 15 years. Buttologist is a sapeur (a member of the Society of Ambience-makers and People of Elegance), spends time at an Afro-Cuban bar with other African immigrants in Paris, and is also an aspiring writer (like Broken Glass, in well, Broken Glass). Black Bazaar is his journal on everything – his relationship with Original Colour (his ex-girlfriend), his experiences with his racist neighbour, the ‘Arab around the corner’, his time at the Afro-Cuban bar with his friends, and even his view on colonialism and post-colonial Africa.

By the end of my month reading Mabanckou’s works, it was official, I was a hardcore fan. Thankfully, I didn’t have to wait too long for Mabanckou’s next offering. By 2013, Tomorrow I’ll be Twenty – the fictionalised memoir of Alain Mabanckou’s childhood in Pointe Noire – was released. Translated by Helen Stevenson, it was first published in French in 2010. 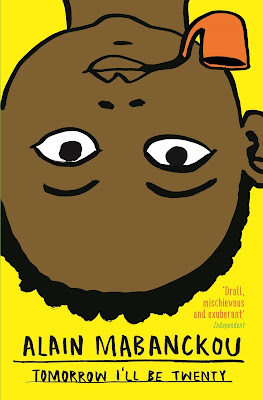 Narrated through the voice of ten year old Michel, who lives in Pointe Noire, Congo in the 1970s, I must confess – without a doubt – this is my all-time favourite of Alain Mabanckou’s books. I loved how historical events, such as the Cold War, were intertwined with the daily lives of a family living Congo-Brazzaville in the1970s. More than that I absolutely adored Michel. One my favourite lines from Michel – “I’ll keep you in the castles I’ve got in my heart too, where no one can harm you“.

When interviewed by the Africa Book Club on the importance of writing this story, Mabanckou writes:

It was very important because I figured out that we had no stories told through the voice of a kid in Congolese literature. In ‘Tomorrow I’ll be Twenty’, I wanted to explain the way we were living under this Congolese regime called ‘Soviet Socialism’. We were a red country! Everything was Marx and Engels, about materialism and the philosophy coming from the USSR. 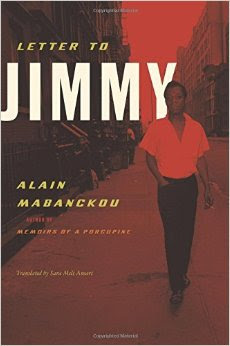 By now I was five books in. You would also think by this time my obsession with reading Alain Mabanckou’s books would have died down a little. Not one bit!

Five years later I like to think I haven’t done too bad with my challenge – seven novels and one essay. Although I am yet to read Black Moses – it’s currently on my reading list for this summer – or Blue White Red (very sad to say that is the one book that is not in my collection) … and to think, there is still there is so much more of Mabanckou’s work that are yet to be translated into English – poetry collections, novels and essays and non-fiction.  Still, it has been an absolutely amazing journey reading Alain Maanckou’s books and being transported into the minds of very weird and wonderful character – and along the way, whether it was about childhood, folktales, magic, murder, migrating or returning home, the dark humour that first struck me when reading African Psycho hasn’t gone away.

As I write this, I am counting down to July 2nd. Africa Writes – London’s top African literary and book festival – returns in a month, and this year Alain Mabanckou headlines it. Let’s just say, when I initially found out, I might have been a little too excited. Yet, if I’m honest, I’m also a little nervous. Sometimes it’s difficult meeting people whose works and writing you admire. I’m going to try not to think to much about that for now. All I know is I’ve got my ticket and I’ll most certainly be front row paying very close attention to Mabanckou as he explores language, style, politics and his journey as a writer beginning in Pointe-Noire.

PS. If you want to find out more about Alain Mabanckou, here’s a recent essay on Brittle Paper on Mabanckou himself, as well as another essay from 2016 on World Literature that takes you to the world of Alain Mabanckou and this conversation between Binyavanga Wainainan and Alain Mabanckou.

On Alain Mabanckou | An Essay